At the beginning of the week, the Android team teased possible Wear OS news, alongside new features for other platforms like Android TV and Android Auto. We’ve seen the news on both of those, but were starting to wonder if Wear OS would really see the love or if it was all just a cruel emotional trick. Today, it has been blessed.

Wear OS is getting improvements.

A big fall update is coming

Google announced today that the next over-the-air (OTA) update for Wear OS will arrive this fall. That update will improve performance, simplify the pairing and onboarding process, include UI tweaks to provide easier management of controls between different watch modes and workouts, add LTE support, and boost CPU core speeds by 20%.

We didn’t get specifics on the new pairing process, what those UI tweaks might look like, or how exactly Google will boost core speeds, but we’ll take anything at this point. The pairing process for Wear OS watches has always been painfully slow and sluggish, as have interactions with apps, so any improvement in those two areas has got to be miles better than what we have now.

The minute Qualcomm announced the Snapdragon Wear 4100 and 4100+, we reached out to Google for comment on the news, hoping they would share their excitement or give us a hint about the future of Wear OS with a new chipset to power it. They never got back to us. 😞

Today, though, they’ve told us that they are indeed “excited by the kinds of wearable experiences” coming in the future and that the Snapdragon Wear 4100 and 4100+ will be there to provide them. Hooray.

Hopefully, you don’t feel too let down because that really is the big stuff for Wear OS in 2021, as far as we know. Google did mention that a “beautiful new weather experience” is coming (see below) and it will be easier to read while on the go. It will even provide an hourly breakdown of the day’s weather. 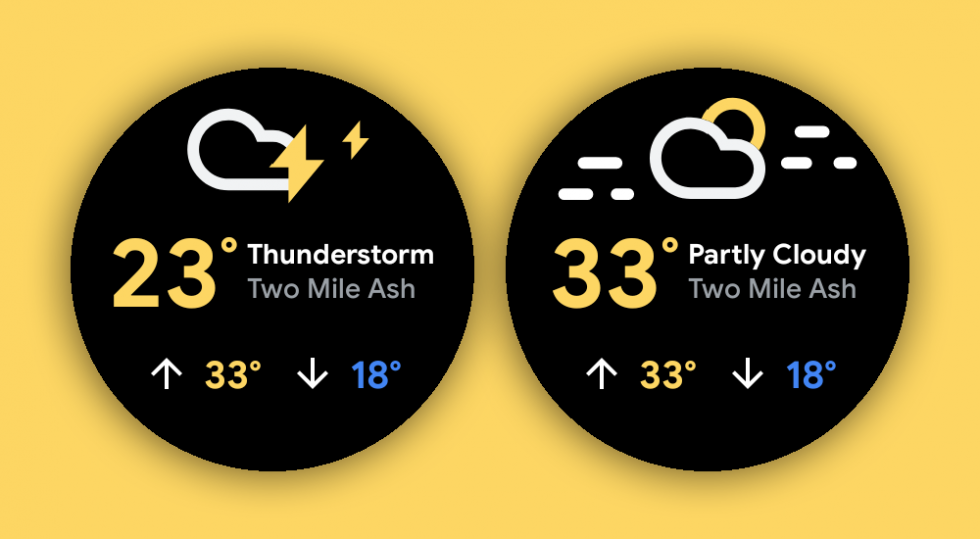 On a developer front, Google told devs to prepare for them to bring the “best of Android 11 to wearables” too.