Houston Texans right tackle Tytus Howard is showing improvement as the former 2019 first-round pick preps for his second season in the NFL.

Coach and general manager Bill O’Brien sees the progress the former Alabama State product has made, and that Howard is comprehending the Texans’ scheme.

“He’s much improved,” O’Brien said. “He really understands our system. I think that’s a tough deal as a rookie to come in.”

Howard was going to play a big part in the Texans’ offensive line as a rookie. Initially, it was believed Howard would be the left tackle protecting quarterback Deshaun Watson. Then, Howard was kicked inside at guard during preseason as the Texans were wishing Matt Kalil, Julién Davenport, or Roderick Johnson would emerge as a serviceable left tackle. The acquisition of Laremy Tunsil moved Howard to right tackle, and the rookie started eight games for Houston.

“Then for Tytus to have to deal with an injury and he’s come back from that,” O’Brien said of Howard’s MCL injury that landed him on injured reserve on Nov. 30. “He’s out there every day and like I said, I really think this tackle situation is good as long as we can stay healthy.”

Howard knows he can be a road grader for the Texans’ running game, but he seeks to be an even better pass protector for Watson in 2020.

“This year too, I’m trying to take a step and get better in the pass protection so Deshaun has more time back in the backfield,” Howard said. “I feel like if I can get better and win the one-on-one blocks that I need to win, it’s just going to only help the team. That’s my goal for this year, to improve in pass protection so we can be better on offense.”

O’Brien is taking notice of Howard’s improvement. If the 6-5, 322-pound bodyguard for Watson can stay on the field for more than eight games in his second campaign, the Texans should be favorites to defend their AFC South title.

“I feel like Tytus is doing a really good job and glad we have him on the team, no doubt about it,” said O’Brien. 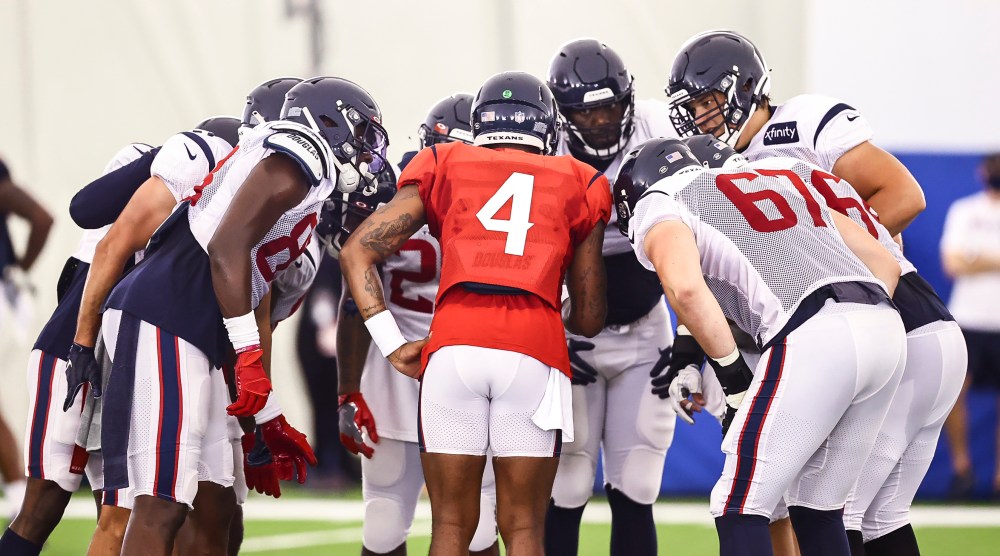