The Sony Xperia 5 II is right around the corner, and the phone has just leaked in a lot of images. These images come from Evan Blass, a well-known tipster. That’s not all, though, as the phone’s SoC and RAM got confirmed via a benchmark.

Let’s talk about the images first, shall we. About a week ago, Evan Blass shared a blue-colored Sony Xperia 5 II via his Patreon account. Well, the tipster has just shared two similar renders via his Twitter handle, but in different colors. On top of that, a bunch of additional images got shared.

If you take a look at the gallery below this paragraph, you’ll be able to see the two aforementioned renders. They’re basically identical to the initial one, but these are black and gray color variants of the phone.

Now, some additional renders got shared by the source, well, a lot of them. You can check them out in the gallery down below. One of these images confirms that the phone will be water and dust resistant. The other confirms a 3.5mm headphone jack, while a couple of them share more camera information (including the Pro Cam app), and even an official case.

All these photos leave very little to the imagination. We know exactly what the phone will look like at this point. It will actually look quite similar to its predecessor, the Xperia 5.

The phone also surfaced on Geekbench

The phone also surfaced on Geekbench quite recently. That listing revealed that the device will be fueled by the Snapdragon 865 SoC, and that it will pack in 8GB of RAM. Well, at least one of its variants will. 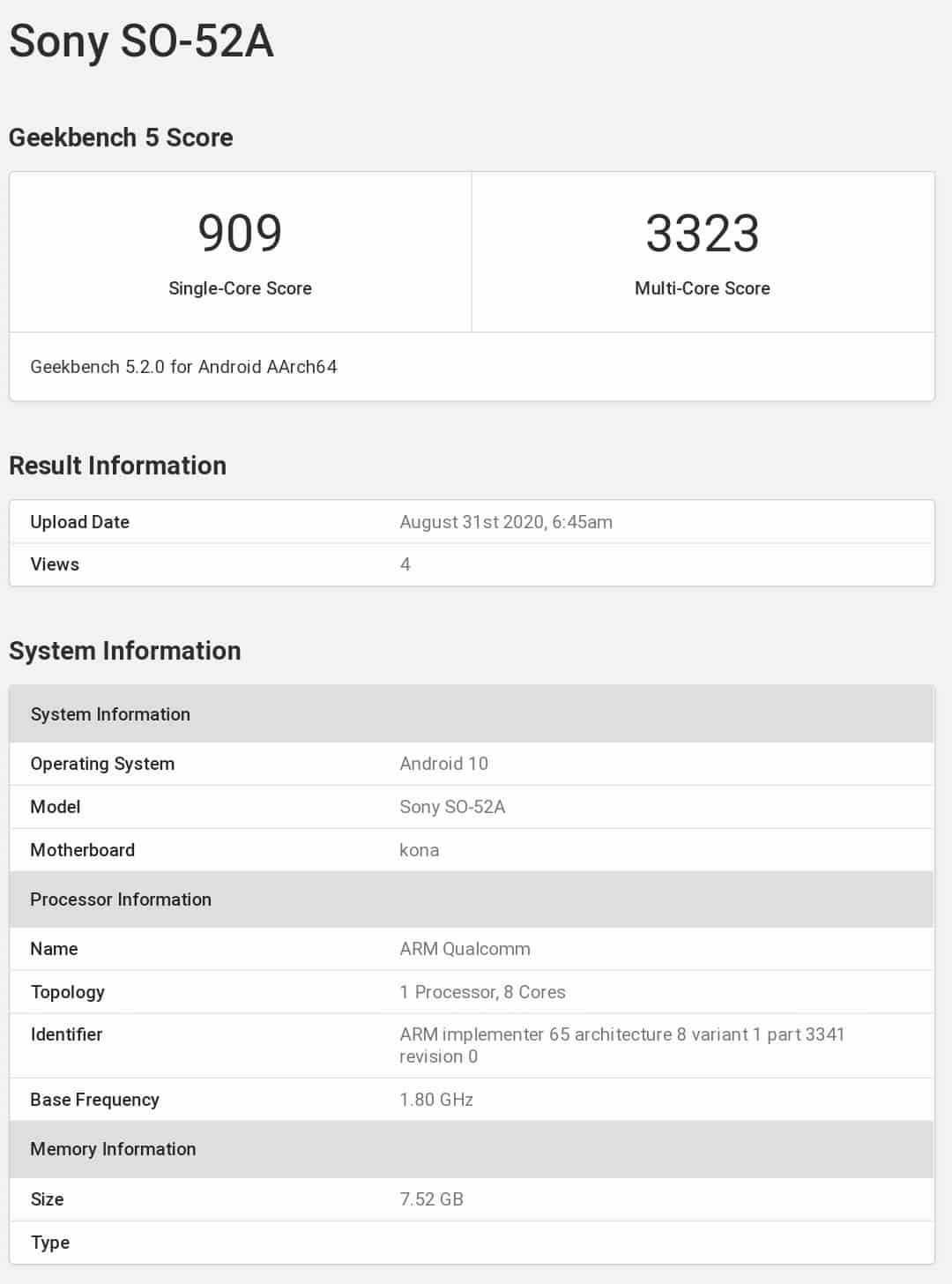 A couple of days ago, we shared some exclusive images of the phone as well, along with its spec sheet. On top of that, we shared a promo video of the device, that you can check out below.

The Sony Xperia 5 II will feature a 6.1-inch fullHD+ HDR OLED display with a 120Hz refresh rate. 240 touch sampling will also be included, by the way. The phone will sport 8GB of RAM, as Geekbench suggested, while a 4,000mAh battery will be included. If you’d like to get more information, click here.