Catch up on news you may have missed.

A few months ago, it appeared Turner’s impending drinking water system improvements were going to be solved.

Salem has been planning to make improvements to its water filtration and distribution network, including work in Turner, following a drinking water crisis in summer of 2018 where cyanotoxins were found in the city’s drinking water.

In February, the state Legislature appeared poised to allocate $3 million for Turner’s improvements as part of a larger package for Salem through the sale of Oregon Lottery bonds.

But that funding never materialized amid the financial fallout of the pandemic. With Salem moving ahead their water system improvements despite losing major state funding, Turner is now scrambling to find about $4 million to pay for the improvements needed to keep its system viable.

“There’s no reserve funding,” Turner City Administrator David Sawyer said. “There’s no analysis that had been done. Nobody was preparing for that. Neither entity, both when it’s treated up there and its transmission down here could have ever been prepared for that.”

Salem has long used water from the North Santiam River for its drinking water.

It draws its water for filtration at Geren Island east of Stayton and pipes it 15 miles to Salem, passing through Turner along the way.

By purchasing its drinking water from Salem, Turner ties its water system into Salem’s water transmission lines at four places in the city.

But Salem wants to change the system so that any toxins can be filtered out downstream of Turner’s Franzen Reservoir, before being distributed to Turner’s residents.

The change would require Turner’s current four connection points to Salem’s water be consolidated to one with Franzen Reservoir acting as a buffer for Salem’s water system.

“Because the concern is public health, they want to be able to control the quality of the water from the treatment plant until it leaves the distribution control center here in Turner,” Sawyer said.

“Right now, they can’t because we tap into the water in between. If there was a blue green algae outbreak, and they couldn’t control it.”

But that change will create problems for Turner. 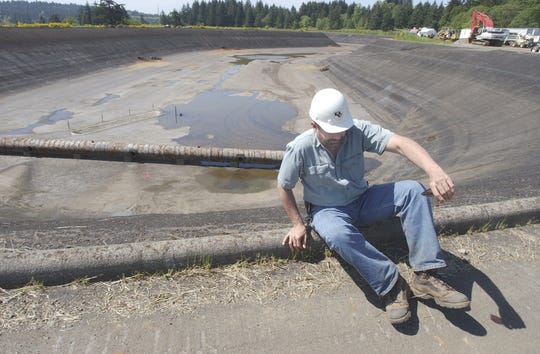 Jim Schnurr, Black & Veatch’s resident project representative for Franzen Reservior in Turner, rests at the end of the work day on the edge of the Franzen Reservior. (Photo: STATESMAN JOURNAL FILE)

Changes Turner will have to make

Moving the inlet for Turner’s water would reduce the pressure in the ground zone in Turner by 40 percent, according to officials.

The move would restrict further development in the city.

Salem added a booster pump station a year ago in Turner, which it won’t need it after its improvements are done. Salem has agreed to donate it to Turner, but the city is going to have to move it.

“It might cost as much as a half a million bucks to resite it,” Sawyer said. “We need to find out a way to make that happen.” 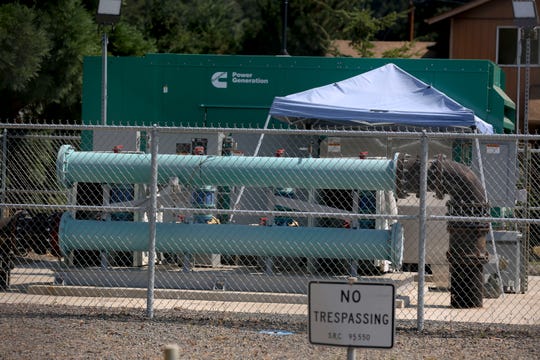 A water pump is pictured in Turner, Oregon, on Wednesday, July 29, 2020. Salem is moving forward with improvements to the water system, leaving Turner to figure out how to fund its water system. (Photo: BRIAN HAYES / STATESMAN JOURNAL)

That’s the more expensive part of the situation – the initial estimate for pipe replacement is $3 million.

Finding the funding for improvements

In February, the legislature considered selling $27 million in lottery bonds to help fund Salem’s water system improvements – including $3 million for Turner’s upgrades – but that bill died when the Republicans walked out of the session.

The $20 million in lottery bonds Salem was set to receive that was approved during the 2019 legislative session went away due to the COVID-19 crisis, but Salem has pressed forward with its project, putting Turner on the hook.

That money will allow the city to start engineering the project, but it’s a drop in the bucket compared to the $4 million it needs to complete all the work. 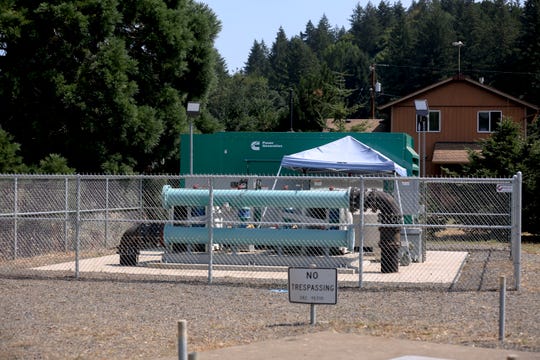 A water pump is pictured in Turner, Oregon, on Wednesday, July 29, 2020. Salem is moving forward with improvements to the water system, leaving Turner to figure out how to fund its water system. (Photo: BRIAN HAYES / STATESMAN JOURNAL)

Turner saw a large amount of development over the past decade including a 205-unit subdivision called Crawford Crossing in the north end of town, a 47-unit subdivision and a 130-unit apartment complex, much of which is still under construction.

The city has money from the system development charges from those units, but could only borrow from that fund if it finds a way to pay that back.

“I think what’s always the dilemma is with all of these development things, that money is being contributed to help pay for infrastructure projects for 10 or 20 years,” Sawyer said. “It’s not like that money can be allocated to something else.”

With funding from the legislature unlikely, Turner is preparing to ask a variety of entities including the state’s federal delegation, Business Oregon, the Governor’s Regional Solutions team, Oregon Emergency Management and other sources for grants or low-interest loans.

Any rate increases for residents to cover improvements would be high, which is something the city is trying to avoid.

The city has about three years to complete the improvements.

The design is likely to take a year and construction could take another year. That leaves the city a year to find the money.

“If we start too late, then we’re not going to get things done in the time frame,” Sawyer said.