For much of the offseason, Green Bay Packers coach Matt LaFleur harped on a desire to get significantly better on third down in 2020, stating the performance on the key down in 2019 didn’t meet the team’s standards.

Running the football better on first and second down, a 70.5 completion percentage from Aaron Rodgers and fewer penalties have helped avoid the third-and-longs that plagued the offense during so many weeks last season.

Also, the quarterback has been better. Much, much better. In fact, he’s playing out of his mind on third down, especially compared to last season.

Rodgers is completing 14 percent more passes and averaging almost four more yards per attempt. He also has four touchdown passes in four games, compared to just six in 16 games last season. As a result, his passer rating has jumped on third down by over 50 points.

Through four games, Rodgers is first in the NFL in passing yards on third down, fourth in passing touchdowns, second in yards per attempt and third in passer rating.

The Packers rank fifth in third down conversion percentage, trailing the leader (Kansas City Chiefs) by only 2.7 percentage points.

Everyone is chipping in.

Allen Lazard caught all five of his third-down targets for first downs. All five of Marquez Valdes-Scantling five third-down catches (on 12 targets) have been first downs. Robert Tonyan has three conversions and two touchdowns. Overall, seven different pass-catchers have picked up first downs on third down through the air.

The Packers have only run the ball six times on third down, including one Aaron Rodgers scramble that gained a first down and one A.J. Dillon garbage time carry that gained another first down. Two of Jamaal Williams’ three carries have converted, while Aaron Jones has just one carry on third down (no gain). However, both of Jones’ third-down catches have gained first downs.

Turns out, an offense can be nearly unstoppable when its converting third downs or avoiding them altogether. The Packers are first in the NFL in yards per play, but they also rank first in yards per drive, points per drive, three-and-out percentage, average time of possession and total red-zone trips. JK Scott, the team’s punter, has only been needed seven times in four games. No other punter has fewer punts to start the 2020 season. 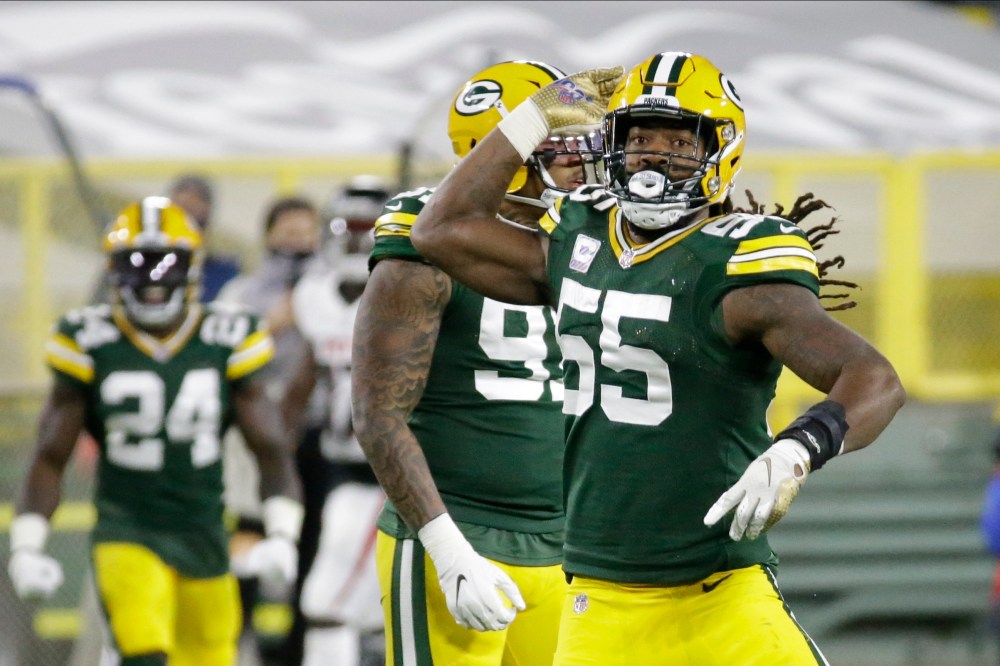