On the eve of the next generation in console gaming, 2K Sports and Visual Concepts is looking to raise their game for the NBA 2K franchise.

NBA 2K21 will not only be available on current-gen devices, but it will also mark the series’ grand debut on PS5 and Xbox Series X. And as expected, a host of changes will be made to the on-court action and notable improvements to this new entry’s visual prowess will be put on display. Expectations for the 22nd installment within the NBA 2K series are high and, judging by its lineup of cover athletes, those expectations are well warranted. Dame Lillard of the Portland Trail Blazers, Zion Williamson of the New Orleans Pelicans, and the dearly departed Kobe Bryant don the covers for NBA 2K21’s various editions this time around. Let’s all hope those stars are representative of the game’s overall quality.

Now’s the time to delve into NBA 2K1 and what it will bring to the table for longtime basketball sim fanatics. 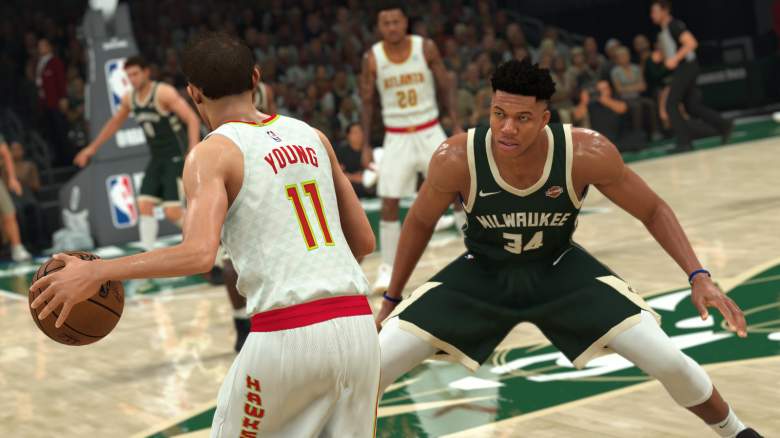 NBA 2K21 is slated to launch on PS4, Xbox One, Nintendo Switch, PC, and Google Stadia on September 4, 2020. As for the PS5 and Xbox Series X versions, NBA 2K21 will launch later in the year. 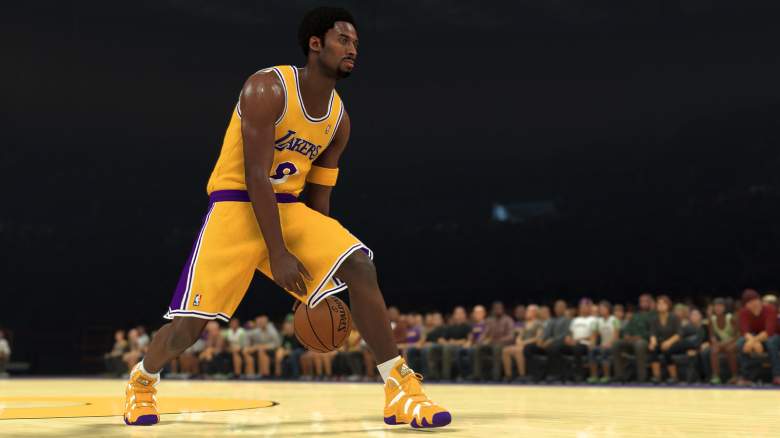 The free demo for NBA 2K21 on PS4, Xbox One, and Nintendo Switch will be available for download starting on August 24, 2020. 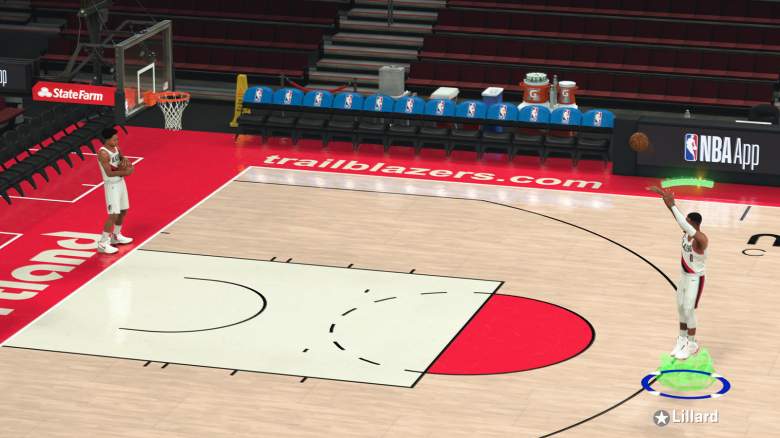 NBA 2K21’s major on-court gameplay changes are mainly represented by the way players will be able to utilize the Pro Stick. Past entries in the series allowed players to point their controller’s right analog stick in any direction in order to pull off a jump shot. NBA 2K21 changes things up by offering different ways to pull off jump shots and perform a host of other offensive maneuvers. A slew of new signature shot types, escape dribble moves, size-up animations, and 1-to-1 size up packages have been thrown in for good measure. Alongside those new offensive maneuvers, players will also be introduced to new defensive motion packages that replicate the distinct motions of players such as Kawhi Leonard and Patrick Beverley. 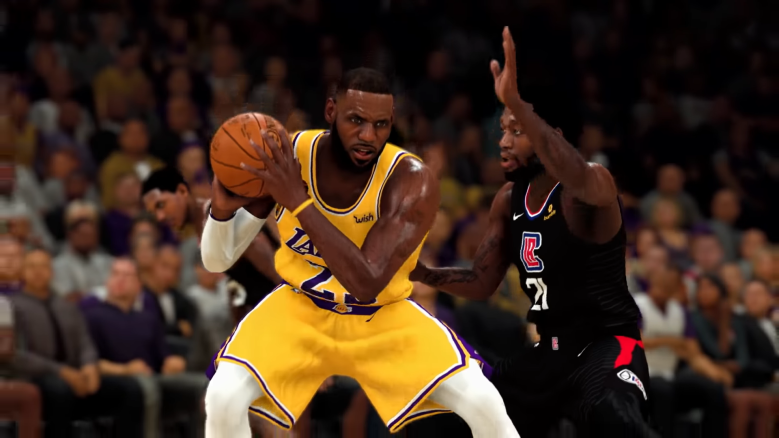 Check out the list below to see the many right analog stick directions you can now rely on for certain moves:

NBA 2K17’s Shot Stick Aiming is making its return in NBA 2K21 and improving upon it for the Pro Stick control mechanics. NBA 2K Gameplay director Mike Wang went into great detail via a PlayStation Blog entry when describing how this shooting change will work:

For NBA 2K21, when you shoot with the Pro Stick, the shot meter changes from a timing bar to a targeting system. So instead of trying to stop the shot meter when you reach the perfect release window, you adjust the Pro Stick in real time to hit the ideal center aim point. The target window resizes dynamically based on player ability, shooting range, and how well the shot is contested and can also shift to the left or right based on the shot’s degree of difficulty. If you miss the target too far to the left or right, your shot will miss in that direction.

The aiming concept also applies to finishing layups, replicating the idea of having “good touch” around the rim. As you’re driving you can still hold the Pro Stick in any direction to start a layup, but this year, you’ll want to quickly swing the stick to move the aiming tick to the center of the target. Aiming layups well can help overcome shot contests and help you finish through contact.

Of course, players have the option to switch to NBA 2K20’s traditional shooting control scheme if they’d rather not use the new Shot Stick Aiming feature. Fans will also be pleased to hear that NBA 2K21 will do away with the Quick Draw player badge and put release speed back into the Jump Shot Creator. 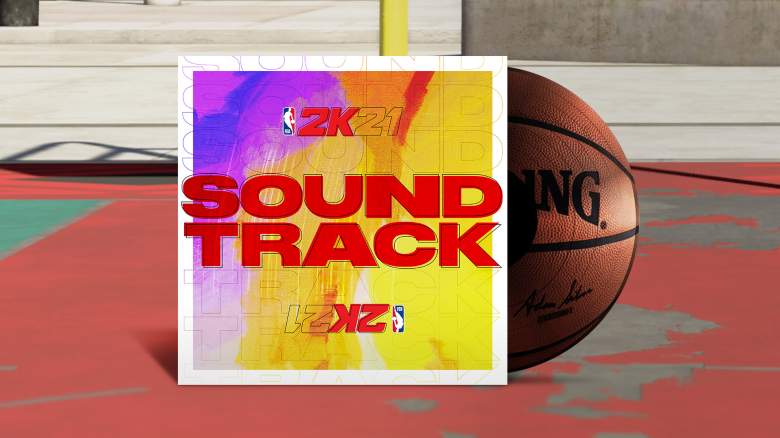 NBA 2K21’s soundtrack is set to feature 48 brand new songs from popular artists such as The Weeknd, Juice WRLD, Lil Baby, Pop Smoke, and countless others. And just like NBA 2K20, new songs will be added to NBA 2K21 as the year winds down. Feel free to check out all the announced songs for the game’s soundtrack down below and listen to it via Spotify:

NBA 2K21: Everything is Dame (Current Gen Cover Athlete)It’s Dame Time. Introducing our NBA 2K21 Cover Athlete for Current Gen, Damian Lillard. Whether he’s draining shots from the logo, taking it to the rack, or nailing a buzzer beater, few players can take over a game today like Dame. NBA 2K21. Everything is Game.2020-06-30T14:00:16Z

NBA 2K21: Zion Next-Gen Coming (Next Gen Cover Athlete)Greatness will walk among us. As one of the best up-and-coming talents in the next generation of NBA stars, Zion Williamson represents the future as the cover athlete for the next-generation version of NBA 2K21 NBA 2K21. Everything is Game2020-07-01T14:00:21Z

NBA 2K21: Celebrating Kobe Bryant in the Mamba Forever EditionKobe Bryant holds a special place in the heart of every basketball fan – someone who truly left everything on the court, where his achievements range from legendary to seemingly impossible. The Mamba Forever Edition celebrates Kobe’s lifelong pursuit of victory and legacy and immortalizes him with two unique custom covers honoring the span of his career. For the current generation version of the game, Kobe is shown wearing #8 – from his days as a bold and brash rookie. In the next-generation cover art, he is shown wearing #24, the number he played his final game in: his iconic 60-point performance. NBA 2K21. Everything is Game2020-07-02T14:00:27Z 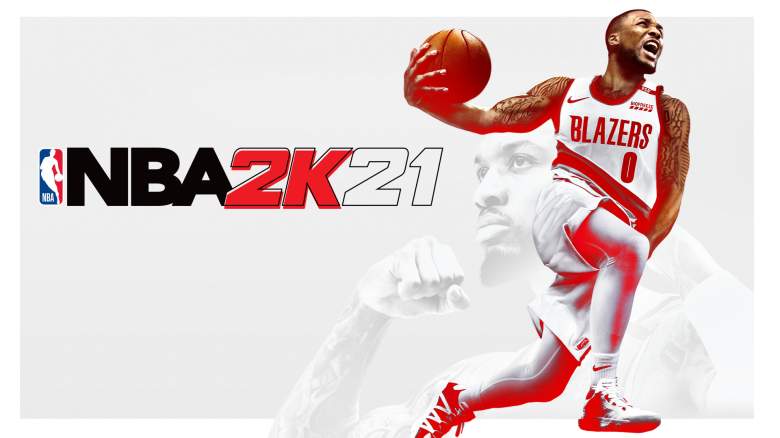 NBA 2K21 is currently available for pre-order (right here) via two separate editions – the Standard Edition and Mamba Forever Edition dedicated to Kobe Bryant. The current-gen version of the game will retail for the usual price of $60, while the next-gen version will bump up in price to $70. The pre-order bonuses that come with the Standard Edition include 5,000 Virtual Currency, 5,000 MyTEAM Points, 10 MyTEAM Promo packs (delivered one a week), six MyCAREER Skill Boosts, five pairs of sneakers from the MyCAREER Shoe Collection, access to the Damian Lillard Digital Collection, and three MyCAREER Gatorade Boosts. 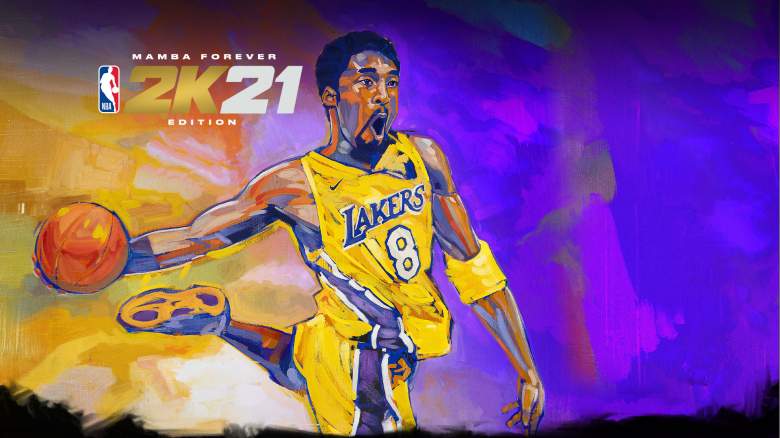 As for the Mamba Forever Edition, the pre-order bonuses that will come to its recipients are 100,000 Virtual Currency, 10,000 MyTEAM Points, 10 MyTEAM Tokens, 60 MyCAREER Skill Boosts, 40 MyTEAM Promo Packs (10 at launch, then three per week), Sapphire Damian Lillard and Zion Williamson MyTEAM cards, 30 MyCAREER Gatorade Boosts, five pairs of sneakers from the MyCAREER Shoe Collection, the MyPLAYER backpack, and access to the Kobe Bryant Digital Collection. 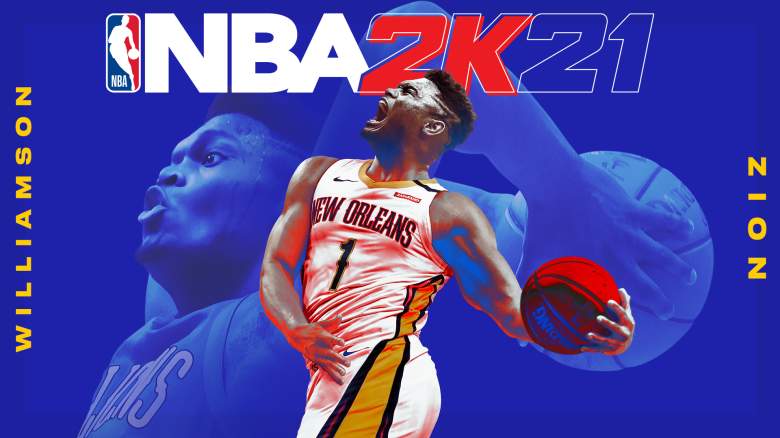 Purchasing the current-gen version of NBA 2K21’s Mamba Forever Edition gets players access to the standard edition on next-gen consoles (PS4 to PS5 and Xbox One to Xbox Series X). That next-gen upgrade deal also comes with a bonus batch of 100,000 Virtual Currency and access to the Zion Williamson Digital Collection.