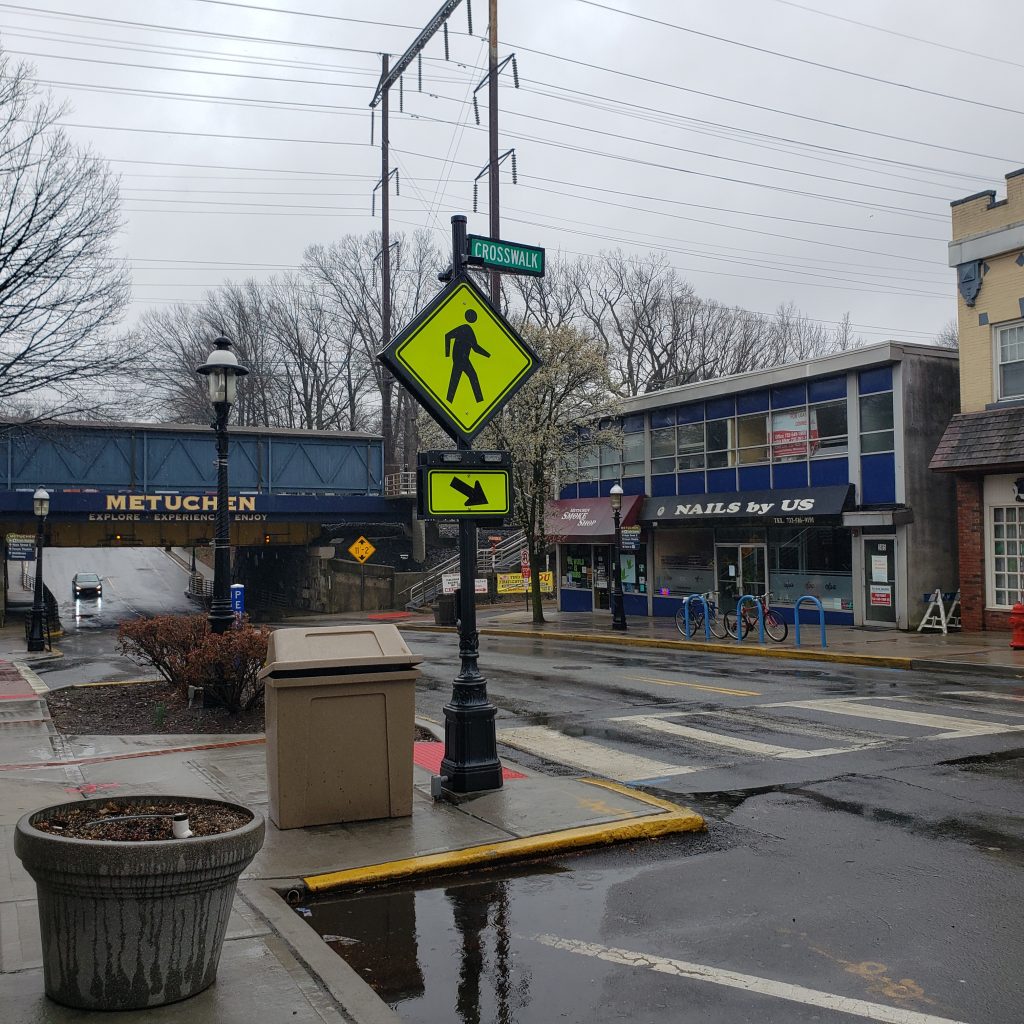 METUCHEN — The movement to fix the ongoing problem with trucks striking the Main Street Amtrak railroad bridge, which has an 11-foot, 2-inch clearance, began with a call from a borough police officer to the North Jersey Transportation Planning Authority.

“We looked at the crash data and conversations began with Middlesex County, which is responsible for the roadway,” said Christine Mittman, manager of safety programs for local project development at North Jersey Transportation Planning Authority (NJTPA). “From that, we developed an application and the project moved into the program.”

The borough saw 55 bridge strikes at the NEC-Amtrak underpass from 2012-16.

To help with the ongoing problem that has plagued the borough for years, the borough is in receipt of a $9.3 million grant from the NJTPA to the County of Middlesex, which borough officials announced in January 2018.

The grant for the project is through the NJTPA’s fiscal year 2017-18 local safety program, which is federally funded in conjunction with the New Jersey Department of Transportation (NJDOT). It is funded through the Federal Highway Administration’s Highway Safety Improvements Program, which advances safety improvements on county and local roadways.

Representatives from NJTPA, Michael Baker International, engineering and consulting firm based in Pittsburgh, and Middlesex County hosted a virtual public information center meeting on Oct. 7 to inform local residents, officials and businesses of the safety improvement project along Main Street between Talmadge and Brunswick avenues.

The project is in its preliminary design phase, which is expected to be completed by winter 2020-21.

The grant includes funding $800,000 for design and $8-$9 million for construction and construction inspection services, Mittman said.

The funds will be used to support Metuchen’s efforts to improve public safety, pedestrian safety, traffic signals and eliminate trucks from striking the Main Street railroad bridge, which is overseen by Amtrak, NJ Transit, the county and the borough.

The approved project will cover a 1.1-mile stretch of Main Street and is one of 14 throughout the state, but the only one approved in Middlesex County.

“When looking at the entire borough there are only three streets that provide any significant north-south mobility,” Brad Miller of Michael Baker International said. “Right in the middle is Main Street, the longest [roadway] that provides access from north down to Route 287, Route 1 and indirectly to the New Jersey Turnpike. It’s a significant corridor that draws a variety of significant types of traffic and different types of needs.”

Representatives from Michael Baker International said each section of Main Street is unique and needs its own improvements. Work is expected to begin at the intersection of Talmadge Avenue with a gateway type improvement letting motorists know they are entering into a downtown area.

Infrastructure improvements to address the bridge strikes call for the implementation of a pole-mounted overheight vehicle detection system, which identifies and diverts overheight vehicles at selected intersections to suitable alternative routes with electronic and static “Overheight Vehicle” and “Low Clearance” signage and “Bridge Ahead” signs.

Improvements to the underpass itself include the railings, retaining wall, sidewalk, lighting and storm drainage.

All upgrades will be made to Americans Disabilities Act (ADA)/Public Rights-of-Way Accessibility Guidelines (PROWAG) standards.

Main Street is too narrow for dedicated bicycle lanes or paths, officials said. Proposed plans call for a shared-lane design with the proposal of “sharrow” symbols every 100 feet, which are already on Amboy and Woodbridge avenues.

Curb extensions are proposed in front of the Forum Theater in efforts to bolster the area in the future as well as the bus stop locations along Main Street and in front of St. Francis of Assisi Cathedral.

Main Street, also known as Route 531, serves as the borough’s downtown commercial business area. It is one of the main arteries feeding traffic in and out of the borough. The corridor sees significant pedestrian traffic and includes a NJ Transit rail station.

The presentation made at the meeting on Oct. 7 is on the borough’s website at www.metuchennj.org.

Written public comment and suggestions can be sent to Ron Sendner, county engineer with the Office of Engineering, NJDOT up to Oct. 30. A suggestion form available at www.njtpa.org/Get-Involvded/Info-Resources/Calendar/2020/October/Public-Meeting-Metuchen-Safety-Improvements.aspx can be sent to 75 Bayard St., New Brunswick 08901 or emailed to [email protected] or faxed to 732-745-8852.