Fire crews across the province continue to combat two forest fires that have been ongoing since yesterday.

The first fire, which occurred shortly before 3 p.m. near Terra Nova on the Chain Pond Resource Road, has remained relatively the same size at 6.5 hectares in size. However, the second fire, which has been burning since 3:30 yesterday in Benoits Siding, has grown to 90 hectares in size.

Provincial Fire Duty Officer Jeff Motty says there is very low risk to Terra Nova as the fire is almost 8km away, but the wind conditions in Benoits Siding could potentially cause a public advisory to be issued. 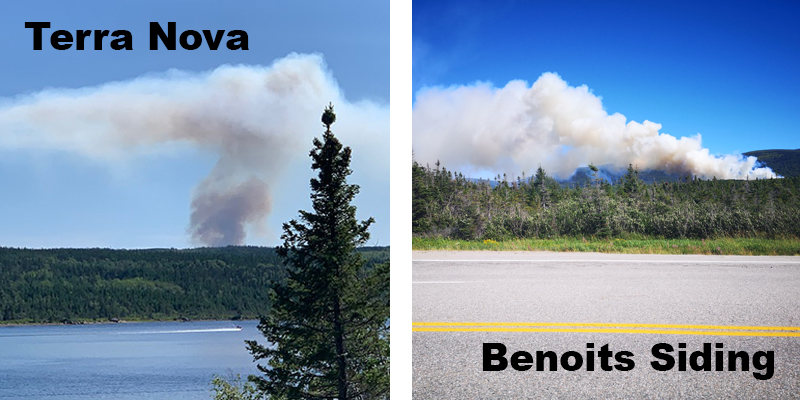 A helicopter, 12 personnel, and two water bombers are back to the Benoits Siding fire today as they had to abandon their efforts at nightfall.

Almost half of those resources are fighting the fire in Terra Nova as they have one helicopter, 6 personnel and one pump unit on site.

VOCM News is tracking the story and will have more updates as they become available.