This morning’s (Aug. 21) release of the July Existing-Home Sales showed that sales rose to a seasonally adjusted annual rate of 5.86 million units from the previous month’s revised 4.70 million. The Investing.com consensus was for 5.38 million. The latest number represents a 24.7% increase from the previous month, its largest monthly increase ever, and an 8.7% increase year-over-year.

Here is an excerpt from today’s report from the National Association of Realtors.

WASHINGTON (August 21, 2020) – Existing-home sales continued on a strong, upward trajectory in July, marking two consecutive months of significant sales gains, according to the National Association of Realtors®. Each of the four major regions attained double-digit, month-over-month increases, while the Northeast was the only region to show a year-over-year decline.

Total existing-home sales,1 https://www.nar.realtor/existing-home-sales, completed transactions that include single-family homes, townhomes, condominiums and co-ops, jumped 24.7% from June to a seasonally-adjusted annual rate of 5.86 million in July. The previous record monthly increase in sales was 20.7% in June of this year. Sales as a whole rose year-over-year, up 8.7% from a year ago (5.39 million in July 2019).

“The housing market is well past the recovery phase and is now booming with higher home sales compared to the pre-pandemic days,” said Lawrence Yun, NAR’s chief economist. “With the sizable shift in remote work, current homeowners are looking for larger homes and this will lead to a secondary level of demand even into 2021.” [Full Report]

For a longer-term perspective, here is a snapshot of the data series, which comes from the National Association of Realtors. The data since January 1999 was previously available in the St. Louis Fed’s FRED repository and is now only available for the last twelve months. 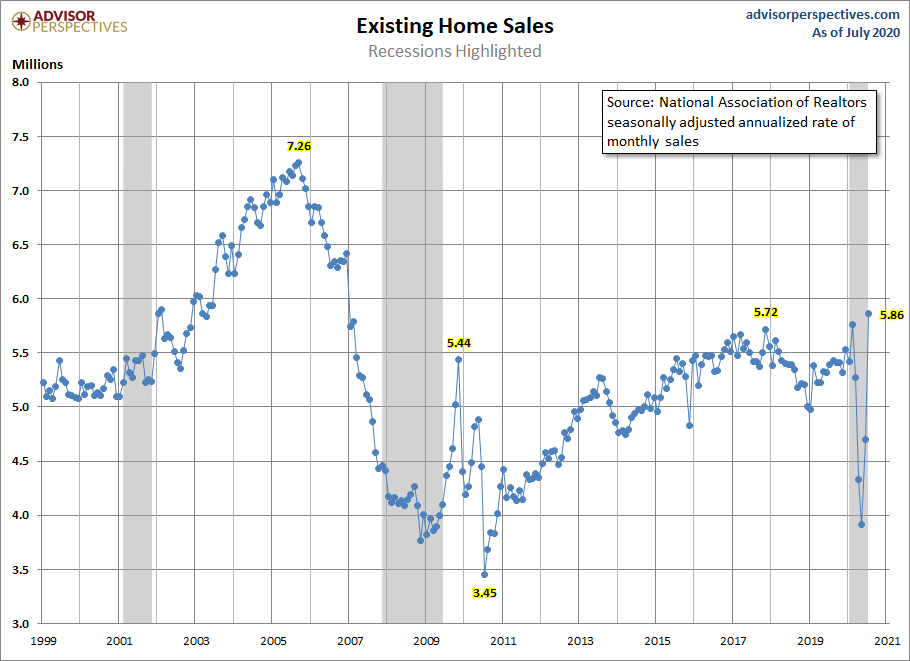 Over this time frame, we clearly see the Real Estate Bubble, which peaked in 2005 and then fell dramatically. Sales were volatile for the first year or so following the Great Recession.

Now, let’s examine the data with a simple population adjustment. The Census Bureau’s mid-month population estimates show an 18.8% increase in the US population since the turn of the century. The snapshot below is an overlay of the NAR’s annualized estimates with a population-adjusted version. 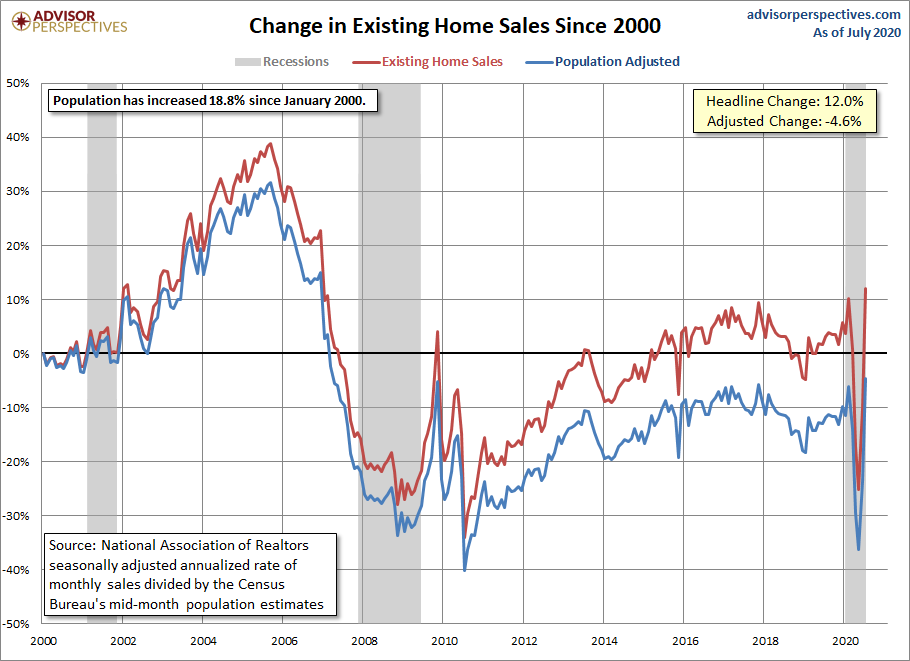 Existing-home sales are 12% above the NAR’s January 2000 estimate. The population-adjusted version is 4.6% below the turn-of-the-century sales.

We’ve added a chart for the last 12 months of Existing-home sales median prices for single-family homes for reference. 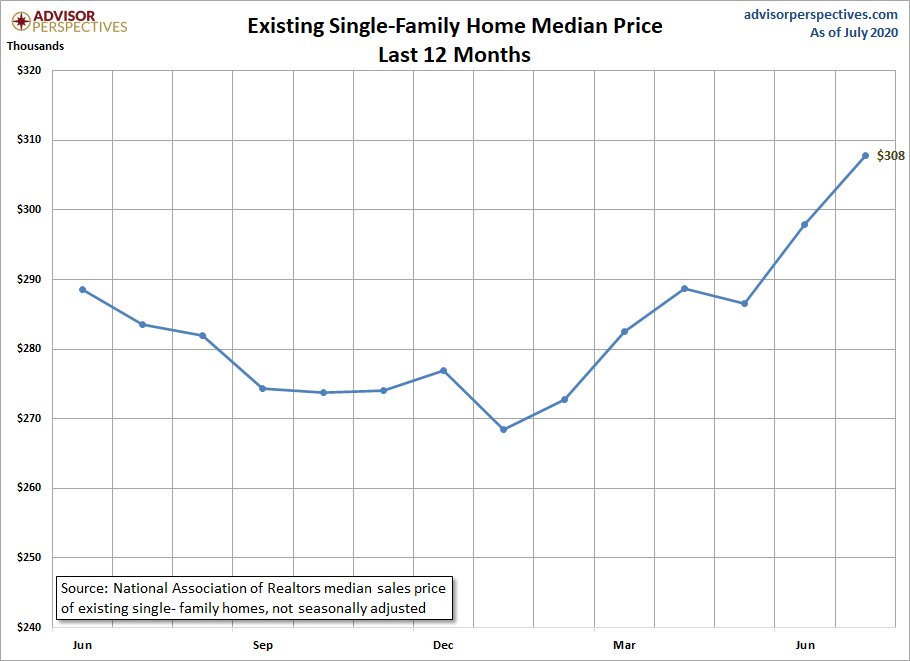 The next release of existing home sales will be on September 22.

Editor’s Note: The summary bullets for this article were chosen by Seeking Alpha editors.