The Detroit Month of Design, a festival celebrating the city’s vast design community, won’t include its signature event this year, Eastern Market After Dark, but instead will focus on a timely theme amid the unrest happening in cities across the country and Detroit: inclusion.

The festival — which kicks off Tuesday and runs the entire month of September — will include a range of events highlighting fashion designers, architects, musicians, floral artists ,jewelry designers, even hair sculptors.

Twenty virtual workshops and lectures are planned (most are free to attend), along with 13 no-touch exhibitions and roughly 15 installations in various spots throughout the city. Many will highlight designers and artists of color, women and even those with disabilities. More than 175 participants will be involved. 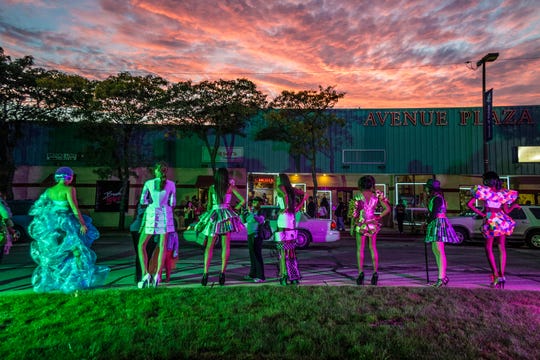 Detroit’s Avenue of Fashion will be highlighted during the Detroit Month of Design with a month-long pop-up that includes clothing designed and manufactured by Detroit designers. It’ll be held in several businesses along Livernois Avenue and atrunk show will be held on Sept. 12. (Photo: Russ DeSantis)

Olga Stella, executive director of Design Core Detroit which puts on the festival, said originally, she and her team had planned to “blow out all the stops” for the festival’s 10th anniversary, especially at its big event, Eastern Market After Dark, which draws as many as 20,000 people. But when COVID-19 hit this spring, they changed gears.

“As it unfolded and you can see the impact on our community, the restrictions and the pain in our community, it gave us an opportunity to rethink what is important about the festival,” said Stella.

And that means shining a light on designers who may not have seen the spotlight in the past. There will be at least two series of window installations — one at Eugenie, a new fashion boutique on Willis Street, and another, the Detroit Window Design Classic. The Detroit Window Design pairs artists and designers with small business owners to develop elaborate window displays to promote their product.

Visitors who want to see the jazzed up windows can take a walking tour on Sept. 11, which starts at Norwest Gallery of Art, to see all the participating businesses.

The window installations “really speak about diversity and inclusion and the Black experience,” said Stella. “They’re really relevant to this time.” 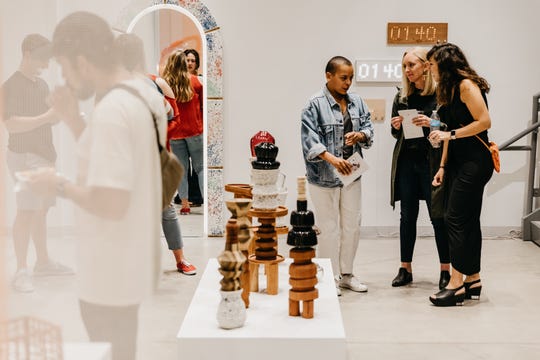 More than 175 participants will be included in this year’s Detroit Month of Design, the 10th annual. (Photo: Joshua Hanford)

Previously known as the Detroit Design Festival, inclusion has been a big part of its focus, Stella said, especially since Detroit was designated a UNESCO city of Design in 2016.

One cool interactive element this year will be series of virtual window decals created by Hook, a creative production agency. The firm used AR technology to transform static artwork into 3D animation using Snapchat’s camera. There will be 60 decals across the city that visitors can access using SnapChat’s camera.

Some exhibitions and installations will have timed ticket-entry and all in-person events will adhere to the guidelines for group gatherings set by the state. And even with so many virtual events this year, the upside, Stella said, is that “people not just in Detroit but all over the world can participate.”