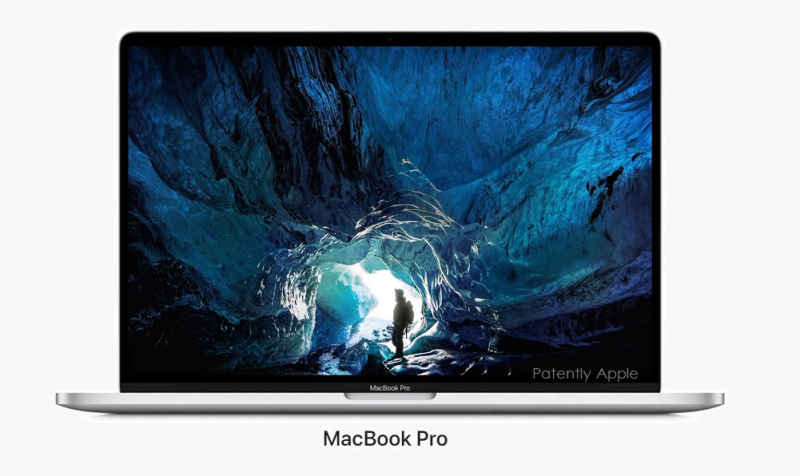 Our report updated some information at 11:50 a.m. PST

In late July 2019 Digitimes reported that Apple was set to release a new MacBook Pro in September that will deliver an ultra-narrow bezel design. That rumor never panned out. The good news, however, is that Apple may be delivering their next MacBook Pro with the rumored ultra-thin bezel in the not-too-distant future based on new design patents that have just been revealed.

Earlier today, Patently Apple discovered a series of four granted “design patents” for the MacBook Pro in the Hong Kong Patent Office database. I’ve never known Apple to have ever accidentally released photos or drawings of a product ahead of launching a device at a special event. Today, however, may be the rare exception.

Below are a series of images from four design patents that the Hong Kong Patent Office published late yesterday. In total there were 32 separate images covering various angles of the designs.  All of the designs point to the new ultra-thin bezel form factor which doesn’t exist today. So the designs are definitely about what’s coming.

This is exactly what Apple fans have wanted for the longest time. Apple’s competitors have beaten Apple to market on this front for years and finally it appears that Apple will be delivering this feature in style. Of course, Apple is likely to limit the ultra-thin bezel designs to their Pro models just as the design patents illustrate.

Unlike “patent applications” that provide the public with an abstract, summary and details of an invention, design patents published around the world are limited to only providing the public with design patent figures. No additional specifics of the design are made available and unfortunately that applies to the new ultra-thin bezel designs for the MacBook Pro that are presented below. 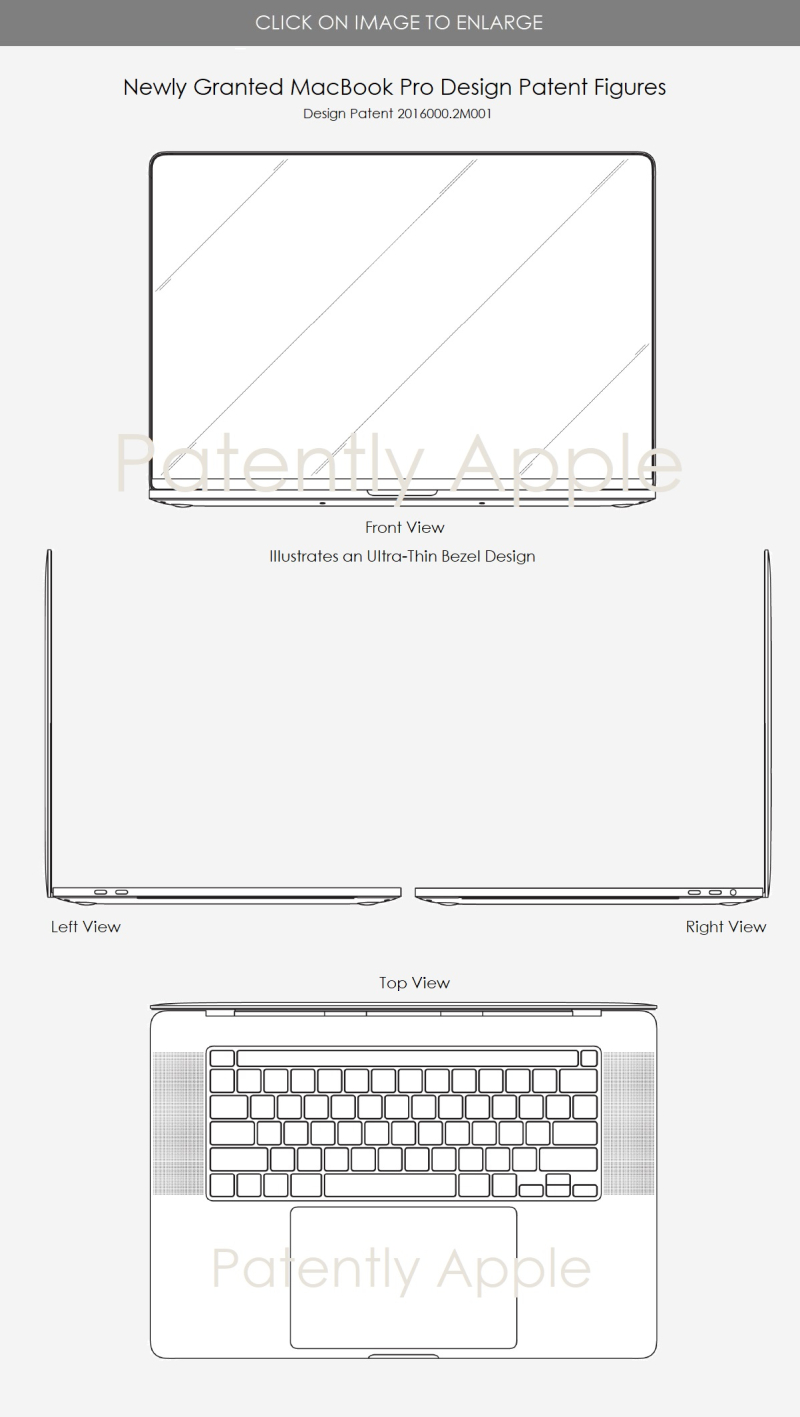 In the first graphic shown below, we present you with the bottom of the MacBook Pro from the .2M001 design presented above. Below that design, we provide you with the lead image from the other three granted patents.

It should be noted that Apple customarily breaks down a major design into various points of emphasis. This provides Apple legal with the ability to protect the design first as a whole and then by various design elements that they choose to further protect.

For instance, design patent .2M002 below emphasizes the Touch Bar that they want extra protection for. We added the yellow highlight to make this clearer. In design .2M004 below, Apple is shown wanting to protect the entire face of the MacBook Pro including the the ultra-thin bezel, but nothing below the top surface. 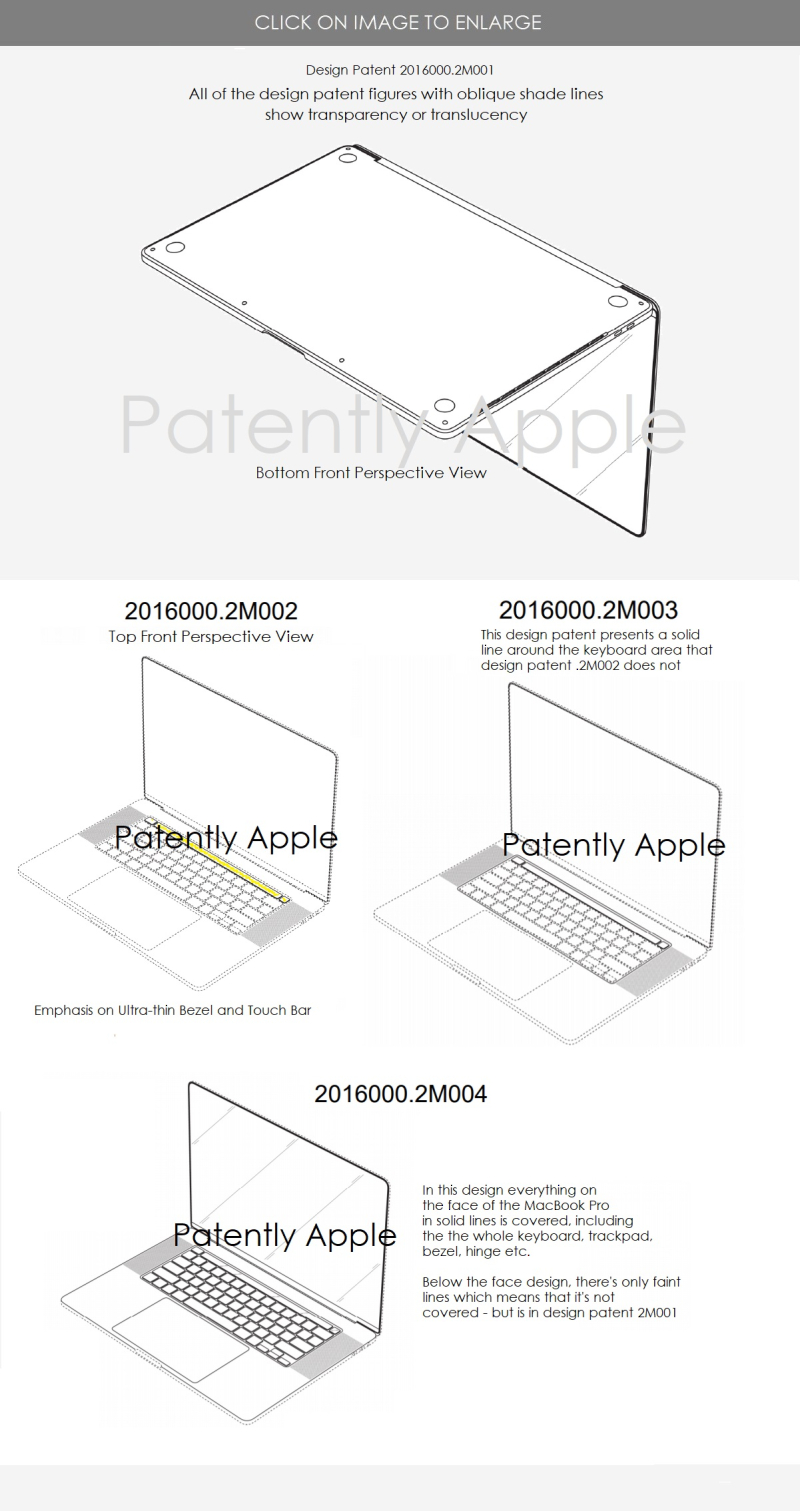 Below is one example form of the granted patent 2016000.2M001 covering the MacBook Pro design with an ultra-thin bezel. The others are identical except for the design patent number. 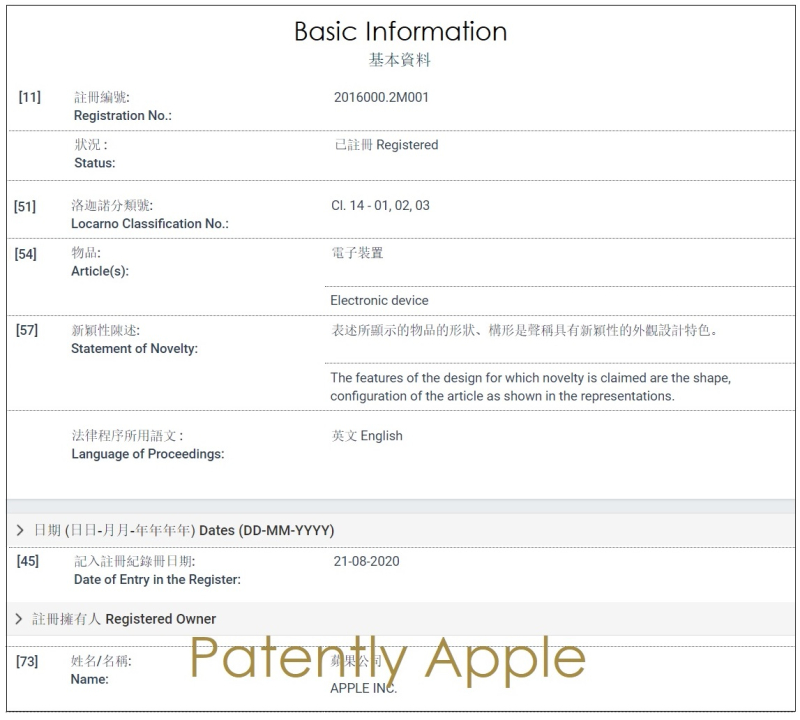 All of Apple’s design patents that were granted by the Hong Kong Patent Office for MacBooks yesterday were filed under the same three ‘Locarno Classes’ as follows:

14-01: EQUIPMENT FOR THE RECORDING OR REPRODUCTION OF SOUNDS OR PICTURES

14-02: DATA PROCESSING EQUIPMENT AS WELL AS PERIPHERAL APPARATUS AND DEVICES

Lastly, although the MacBook Pro 13″ is rumored to be going into production sometime in Q4, according to Ming-Chi Kuo, it’s still just a rumor with time to market still in question. Yet for now, we at least know that Apple has the next-gen MacBook Pro designs with ultra-thin bezels set and ready to go, whenever Apple gives their teams the green light to proceed.