Apple has been investigating how to improve on headphones, taking a century-old design and updating it to provide better comfort, more portability – and ways for the headphones to adjust themselves to fit how they’re being worn.

This is about a patent application, but it might as well be from the Apple playbook. First comes the rumor, in this case that Apple is about to release a premium over-the-ear version of the AirPods, probably called “AirPods Studio.”

Next comes the information that Apple is of course aiming to do something which no one else has done. Apple instead looks for the thing that will make a device not only a bit better, but so much improved that it seems startling no one did it before. And then lastly, everyone does it too.

That’s been Apple’s preferred way of operating since at least the PowerBooks and how they were the first to push the keyboard toward the screen and leave room for a pointing device. Now it looks as if they want to do it with over the ear headphones, or what it calls “circumaural and supra-aural” ones.

“Headphones have now been in use for over 100 years, but the design of the mechanical frames used to hold the earpieces against the ears of a user have remained somewhat static,” says Apple in “Headphones with Increased Back Volume,” a US Patent application.

“For this reason, some over-head headphones are difficult to easily transport without the use of a bulky case or by wearing them conspicuously about the neck when not in use,” continues Apple. “Conventional interconnects between the earpieces and band often use a yoke that surrounds the periphery of each earpiece, which adds to the overall bulk of each earpiece.”

It’s not just the bulk that Apple objects to in regular headphones, it’s the fact that wearers have to actually put them on properly. “Furthermore, headphones users are required to manually verify that the correct earpieces are aligned with the ears of a user any time the user wishes to use the headphones,” says Apple.

Most of this patent application zeroes in on the headband which Apple says has until now been “limited to a mechanical connection functioning only to maintain the earpieces… and provide an electrical connection.” It also says, without details, that the industry has shown “unwillingness” to bring headphone technology into AR and VR headsets. 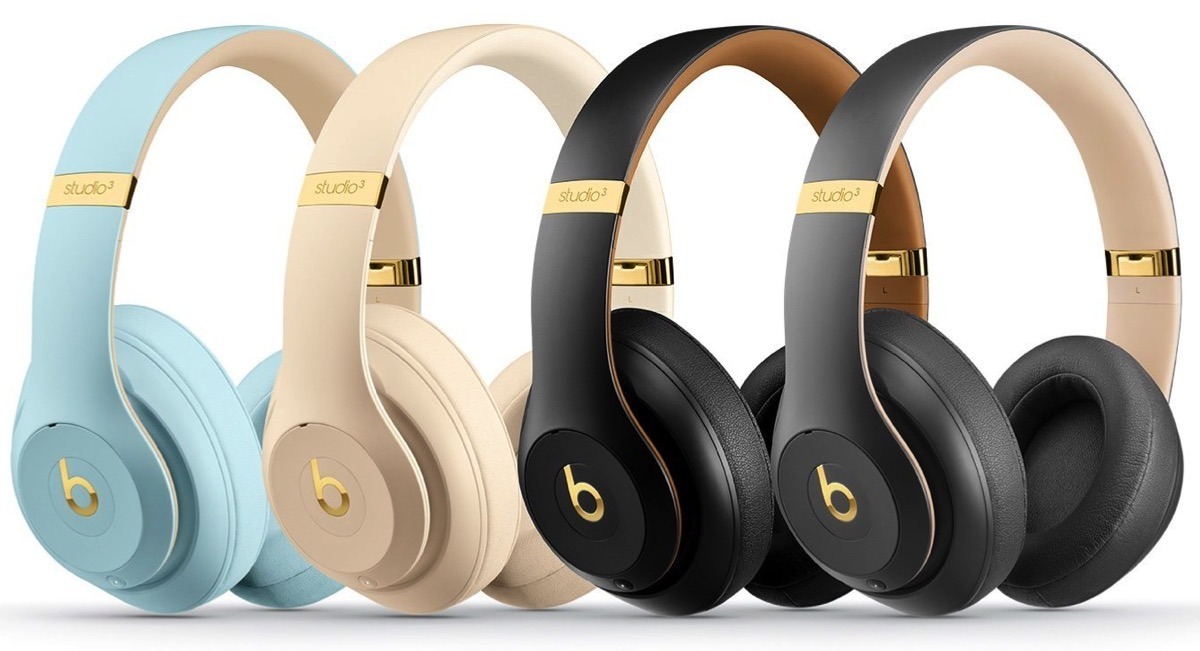 Apple has no over-the-ear AirPods as yet, but it does have many in its Beats range

Apple is of course all over Apple AR with its “Apple Glass,” and of the nine inventors credited to this application, two have previously been listed on one for an AR headset. Daniel R. Bloom and Rajesh Anantharaman have been granted a patent for how a headset could detect when a user moves their head.

That same patent includes methods by which a headset could tell when it’s been put on correctly, or the right away around, and this new application for an “AirPods Studio” kind of headphone discusses the same thing. A complex series of features such as a headband “able to rotate about yaw axes of rotation,” are described, as is the use of “time of flight sensors configured to measure angular change of earpieces.”

Apple feels this solves the arduous problem of remembering your left from your right, and it believes too that making the headphones wireless “has alleviated the problem of cord tangle.” 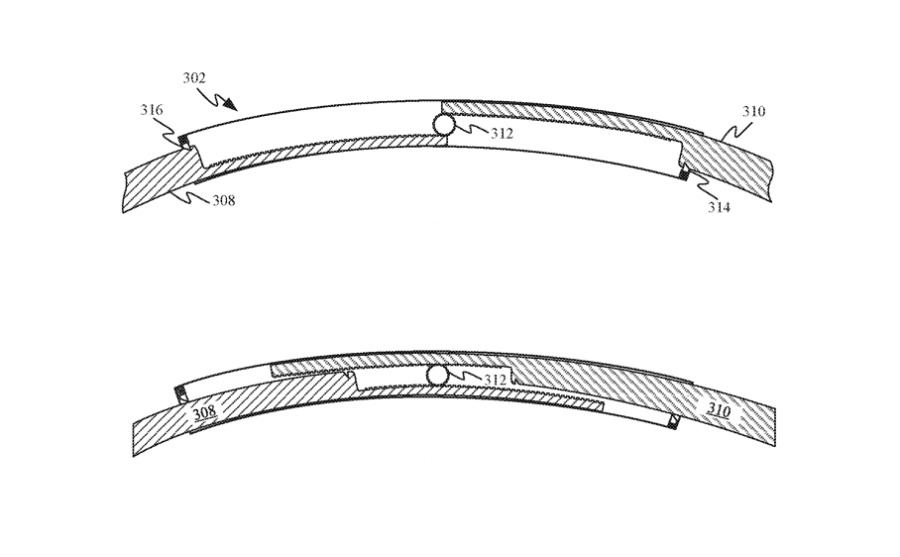 What’s left is this central idea of how to do what Apple always does and make something smaller and smaller. In this case, one method of that involves the use of what Apple calls “Symmetric Telescoping Earpieces” in this and a related patent application called “Headphones with Telescoping Stem Assembly.”

The aim of these is to provide a set of headphones that can be adjusted to fit different people, and to mean they can store them away for transport. The application describes ways of making “thin earpads without sacrificing user comfort.”

Most of the application concerns ways of making the headband smaller or telescope down, but there is also a separate patent application that goes further into the issue of the earpieces. “Headphone Earpads with Textile Layer having a Low Porosity Region,” is a newly revealed application concentrating both on “user comfort features,” and again on sensing correct wearing positioning.

This separate application is in very great part a word-for-word duplication of the previous one, and its ten credited inventors include six who are listed on the first. The chief difference is in a concentration on this issue of earpads.

It details different methods of combining materials in order to both make them comfortable to wear, and also better able to cut out extraneous noise. “This can be particularly important with headphones with an active noise cancelling system as improved passive acoustic isolation reduces the amount of noise needing to be cancelled out,” says Apple.

Neither patent application even mentions AirPods, let alone “AirPods Studio.” However, the descriptions in the two — both filed on the same day in March 2020 and revealed this week — fit all the rumors of the expected forthcoming premium headphones.

That includes the possibility that they will be modular. Another separate patent application called “Headphones with Removable Earpieces” — again sharing many of the same inventors — covers this.

This one is specifically about “earpad assemblies that improve acoustic isolation,” but there is also a further related application about using magnets to help with calculating when earpads are in place.